Organizing is a, well, you know

Things have been particularly crazy lately. I've had a HUGE to-do list and haven't been able to get anything on it done. Until the last few days.

I'm the type who looks at a big job to be done and sits down to think about it. While having a little snack.

Yes, yes, I know I'm supposed to break a large job down into tiny steps that are much more easily accomplished, but to do that first I've got to work my way through that idea of a HUGE, FREAKING job that's staring at me.

So okay, I'm over the initial shock now. And I'm setting up some motivators along the way. For example, in my quest to organize my house I've employed a lady from work who comes in twice a month and dusts and vacuums (not very well, but it's something and I can see she's working hard). This makes me at the very least keep the house in the same shape as the last time she saw it, much less messier.

But the Olympics are on! And those Swedish men curlers are so daggum GORGEOUS! (sob sob—They lost the bronze!)

That huge pile of videotapes that I wanted to convert into DVD? I bought the converter over a year ago. Unpacked it two weekends ago. Made it through the pile of non-X-rated tapes sitting in my living room, hooray! Then checked the house to see if there were any other stray tapes... And found another mountain. The last one is in the converter as I type this.

(Don't even ask me about taking two bins of X-rated videotape covers down to the recycling place! I tried to choose the most inaccessible bin, dumped everything in the covered portion of it, and then went through my car looking for fast food misc. paper to use to layer over it.)

Moved the last of my credit card debt to a loan with much lower interest rates. Halleluiah! No more credit card charging for me, except in emergency situations! Last Wednesday my car decided to get seriously sick. Well, I can pay that off in a few months...

Have been taking a million courses on PR. Got a novel and short story published on Lulu and/or Amazon. Just got my fiction website redesigned. Am now procrastinating on starting the redo of the art section. (But I got the new business cards done!)

Am scheduled to blog at Terry's Place this, uh, Tuesday. Blog done and sent; must make a few mentions of it here and there, but I can consider that tucked in. My "Star-Spangled Panties" column is grossly overdue at CBR, but the umbrella "Wonder of Wonders" column hasn't appeared in ages—it's been transferred to the "Comics Should Be Good" section, which I've never been able to understand the organization of—but there are two columnists in front of me so I don't have to panic yet.

OT: So do you think the "Wonder of Wonders" thing is dead? Should I just start doing the column over here instead?

The house is about to explode with items I want to eBay. Anyone for a bungie sex swing (unused)? How about a box of romance novels? Or some great art workshop videotapes? 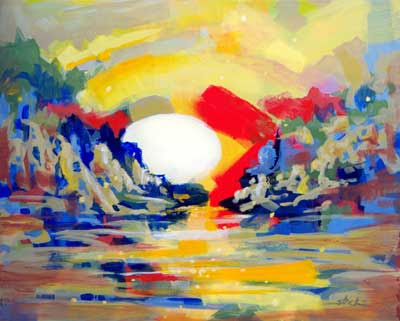 Haven't had time to write or paint much. Haven't switched out the paintings at the Saratoga Restaurant that have been there for far too long. (Though the lady there hasn't called me to complain yet.) I'll get to all that this week.

I'll just be doing it one small step at a time. And trying to remember to REWARD myself after I hit each goal!

So what are YOU putting off doing this week? How long does your current "to-do" list stretch? How do you approach your goals?
Posted by Carol A. Strickland at 10:57 AM