As Gawd is Mah Witness... 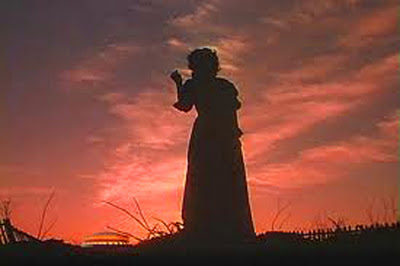 I thought I had stuff. And yes, I have serious plans to sort through it all and make it a manageable mess. But this past weekend I traveled to the mountains of NC along with my sister, bro-in-law and nephew, to pack and move my parents.

You see, in early October my father once again came down with pneumonia, only this time it was Really Serious. (Perhaps with extra added stroke. I've never gotten anyone to say yea or nay about that.) He wound up in a horrible rehab facility for about a month (where he unfortunately had direct access to a phone, which he used to call the cops and others whenever he had too much time to imagine my mother being lost or in similar trouble). He finally came home—we breathed a sigh of relief—and a few days later my mother tripped on the rug, breaking her tailbone and ultimately winding up in a very nice rehab place where we could rarely get hold of her or vice versa. 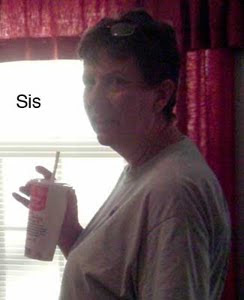 This has taught us about the tremendous value of disability insurance, home health care, and places like Home Helpers, reputable companies that can send people out to do laundry, get groceries, clean, provide chauffeur services, etc etc. But that wouldn't be enough.

My parents were in their second retirement community. They'd chosen this one because my dad had been concerned that my mother had Alzheimer's (we don't think he's been tested, but it's pretty obvious he has serious mental issues of his own), and the new place not only had independent living, but an assisted living complex to be used when needed. Unfortunately, that place has a long waiting line and my parents needed assisted living NOW.

It didn't help that they're a minimum of 5 hours from us. (I think my sister is 8 hours away.) Though my dad is now (sometimes) saying that we've forced this decision on them, he was the one who convinced my mom that they needed to move out near my sister, an area they lived in for a few years in the 90s. That way they'd get to see her and her family, including M&D's great-grandkids.

We gave their retirement community immediate notice (90 days required! So they'll lose a bucket of bucks on the deal) and decided on the weekend before Thanksgiving to move 'em out. Since both M&D have zero energy, we told them they could sit and point at what went in which box. Dad didn't even have the wherewithal to do that, and we didn't spring Mom from her clinic until everything had been boxed up. 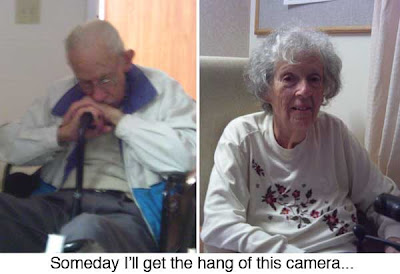 We lucked out visiting the rehab place one night. Dad was confused about his meds. Did he need oxygen? He didn't have any at the house. What about Mom? Sunday night at about 8:30 we were leaving when a dignified gentleman walked past us. My sister and I looked at each other. Could that be Dr. Abs, Mom & Dad's doctor? At this time of night? On a weekend? We turned around and chased him down. Sure enough it was him, come to check on Mom. He sat down with us and clarified a bunch of stuff, including arranging a final blood-oxygen check for my father. Whew! On Monday we were able to run around town and get the final medical crap we needed to bring along.

Dad didn't want to come inside to confer with him. Instead he pouted outside in the SUV and complained that it was too cold (he had the key and could turn on the heater) and that we'd taken too much time with Dr. Abs. The day we took Mom home he sat in the hallway and bellowed, "Come on! Come on!" as Mom's roomie for 3 weeks said a sweet goodbye to her. My sister elbowed Dad in the back and eventually he shut up for a while. He had to hit the restroom on the way out and as soon as the door closed, Mom turned to my sister and said of the coming ride to Tennessee, "It's going to be a long trip."

Dad has never been the most pleasant of people, but nowadays... Let's just say that while I was ferrying him around last Friday, I stopped the car twice and told him to get out. Each threat calmed him down for a few minutes. My nephew did the same thing (just once though). It didn't help that Dad kept giving us incorrect driving directions—and then got furious when we finally stopped listening to him and went by the directions we were pretty sure of.

But GOOD LORD!!!! The CRAP they had! If only the cleaning supplies: 10,000 cans of Comet cleanser, acres of laundry detergent... Books they hadn't looked at in 50 years, paperwork from the Sixties on up, furniture enough to fill a house twice the size, and all of Dad's clothing. (He's a real clothes horse.)

The transition place they'll be moving to is one room, I think. From there they'll be able to look around to see what will suit them and will likely wind up at a one-bedroom place with living room, bathroom, and maybe a kitchenette.

My bro-in-law rented a really good-sized rental truck, figuring that there'd be enough for about 2/3 of it. Need I say: every square inch was filled, plus a very large pickup and SUV. We left a few pieces of furniture and a small room's worth of cleaning supplies behind.

That smell that permeated the house was the rotten food in the fridge. At first when we were looking at all the food in the pantry, freezers, fridge, cabinets, garage, etc., we called a charity place who said they could pick it up Monday if we gave them another call. My sister suggested that my nephew might like to take some of the canned goods back home. I counseled: Check the expiration dates. (I've been burned before at M&D's.) Sure enough , the first cabinet he ran into was filled with items that had expired circa 2005.

My dad thinks expiration dates are marketing gimmicks that don't mean anything.

So the food went into the trash or stayed where it is. M&D still had a month and a half left on their lease, which includes maid service. We're letting them clean the joint up. 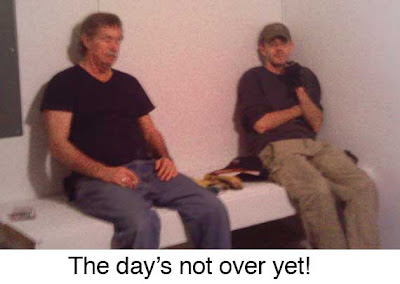 But after all the strained backs, aching knees and shoulders, blistered feet & etc, the lesson I took away with me was:

Having others pack your stuff can be intensely personal and embarrassing. Having someone else pack decades worth of ABSOLUTE CRAP that you've hoarded for whatever reason: because you thought you'd collect something, or because you just didn't get around to tossing it into the dump, is infinitely worse.

Therefore, as soon as the carpenter and painters clear out from the front third of MY house, which is being remodeled (eta on Phase 1: Dec 2!!!!), this reformed hoarder is going to go into Advanced Decluttering Mode. No, I'm not going to attempt a four-day marathon or hire people to help me. I figure three or four months should do a great job of clearing out the detritus, leaving a space that can be organized and clean in order to function better as studio, office, etc.

Of course none of YOU out there reading this have any kind of mess in your place. No collections getting out of hand, no places that you fear to tread because something might fall on you. Or do you?
Posted by Carol A. Strickland at 4:20 PM