When Will I Ever Learn? 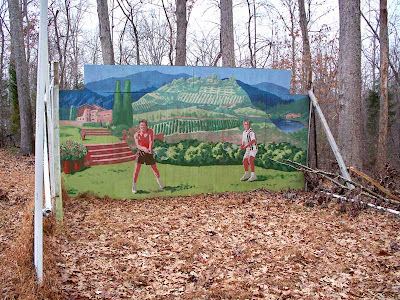 Over the decades I've had a LOT of work done around my two houses (owned one at a time) and in their yards. Boy, can I tell you stories about the loser contractors—and even THIEF contractors—I've hired!

As a matter of fact, I've got a novel kinda started that incorporates a few of the more colorful stories. Someday I'll get serious about writing it. (Since it's a contemporary romance instead of sf/f, it will have to wait a bit.)

Last year was, I thought, my tenth here in this second house. Turns out it was more like the eleventh or twelfth. Either way, time to get some serious work done. You know, fix the place up, start on some of those dream projects.

Last Nov.-Dec. I had work done on the interior front third of the house. Well, third more or less. I had the awful excuse for wallboard stripped, new wallboard put on, crown molding and baseboard trim. I straightened out an angle in the living room where a entertainment center had been built into the original house. This also repaired the giant hole left there by the old-style TV that had to go.

Some of you may have heard the story about the carpenter who took forever to get the job done. One day he decided to get to a part of the job that he'd told me wasn't going to be attended to for another week and a half. (Else I would have cleared things off before he got there.) When I returned home, half my Wonder Woman figurines and the shelves they'd been on were on the floor. A couple of porcelain pieces lay there, shattered.

No note. No phone message. No attempt to clean it up. I called him and **I** was the one who had to broach the subject, because he acted like nothing was wrong. Then first he blamed the shelf that he had neglected to check, even though he'd been pounding on the other side of the wall it was mounted on. Then he blamed me. A few days later he finally said, "Sorry."

Needless to say, he bought replacements.

But before he'd started the job I'd insisted he draw up a contract stating precisely what we'd agreed to and how much it would cost. (I should have included a finish date.) So I felt good about hiring him, and will never, ever hire him again.

The painters who finished up came with a very professional contract as well as work ethic. When they broke my porcelain faux-French phone, the one guy immediately came to me and apologized profusely. They deducted the cost from the final bill. Lovely.

So three weeks ago I call up a landscape place who's done minor work for me before. I had a number of projects I needed done, and one was to take down the giant mural/backboard I'd had built on the property. Carpenter bees had taken it over, a huge buck had gotten caught in the netting, and basically, it was rotting away, no matter how many times I had a waterproofer come out and work on it. (Picture of it in post-buck days at top of column.)

I led them around the yard, pointing out the more minor stuff. "Uh huh, uh huh," the boss guy said. He was really interested in how many cement blocks had to be moved from this one patch I wanted cleared.

Okay, I finished showing the work. He huddled with his assistant for about fifteen minutes and came back with a price.

"Fine," I said. "Please give me a contract listing all this and how you're pricing it."

He laughed some more, assured me that the price was for the whole thing and not piecemeal, and that they had all the details. They could get it done that week. Wait. They were working on another job. Would I mind if they worked on it that Saturday? Sure. Reluctantly, I let them go away with no contract in sight.

So today, three weeks later and not a Saturday, they came by. And missed a number of jobs. Did one absolutely wrong; I'd showed them three times and explained how the last guy had done it wrong, and they did it the exact same way.

It's frustrating to the max. You'd think I'd know by now. Well, I do, and I share it so you will know as well:

FROM NOW ON, NO WORK WILL BE DONE WITHOUT A DETAILED CONTRACT BEFOREHAND!

So if you hear me bitching about something else that I didn't get a contract for first, yell at me or hit me on the haid. Please.
Posted by Carol A. Strickland at 7:39 PM