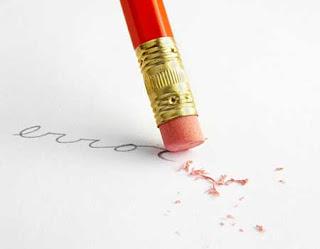 Okay, not really blues. More a celebration with an anguished sigh at the end.

You see, back when I was with Publisher X on my first book, I was assigned Editor Y (why? why?). I received publisher guidelines, which said to keep semicolons to a minimum (among other things). According to the University of Bristol, "The semicolon is a hugely powerful punctuation mark." Somewhere I have a grammar book that states that it is the second-most important (behind the period) punctuation mark the English language possesses.

But Publisher X wanted to keep them  a minimum. Okay. Editor Y wanted me to delete every last one. And every colon as well. Why? "Because modern readers don't understand them."

So I performed a search to delete the shameful things. Well, most of 'em. She didn't notice that eight semicolons remained. I don't recall how many colons did, but they were there. I mean, colons have a USE, and I was using them correctly.

Editor Y's specialty was commas. Take these out and put more commas in over there. And there. And there. She must have added twenty thousand unneeded commas to the manuscript, but I did it because we RWA writers are taught, "Don't argue with the editor. Or at least choose your battles."

Editor Y and Publisher X are far in my past now. I've published four novels, one of which was a completely re-edited (by myself) version of the book that had been at Publisher X.

Self-publishing is an odd thing. You'd think it would be simple. I certainly did. You write a book, you throw it up on the Internet and people read it. But over the years the process has become much more complicated. (Or maybe it was all the time, and I wasn't noticing.) The market is slammed with people who've thrown their books onto the Internet.

The vast majority of these is crap. Sturgeon's Law: "Ninety percent of everything is crap." It seems that percentage may be higher for self-published books. (You can't really blame the self-pubbed entirely, as it seems to me that a similar percentage exists for books that come out of the Big 6.)

It's up to the serious self-pubbed (we're preempting the term "indie" from the old-style indies) author to make sure that her books are professionally published. Unfortunately, this requires some significant expenditure of money as well as time. Fortunately, this results in a better product.

Which brings me back to subject: I just received the first edit on Vol. 3 of my "Three Worlds" series, Lost in the Stars. I knew it had length problems, so I sent it out to a few beta readers with pleas to tell me what could be dropped. Didn't hear back from them. Bless their hearts. I tried to self-edit and managed to streamline it a tad. I could sense deeper problems but couldn't bring them to focus.

So I hired a real, freelance editor who was recommended by another author.

His edit just arrived yesterday, after his having the book for a month. Can we all say, "thorough"? Yes indeedy! He covers the book from a whole-plot point, then individual scenes, through characterization and yes, word usage.

THIS is what a real editor does.

So I am ecstatic. Someone has pointed out where my baby's faults lie, and has suggested how to cure them. 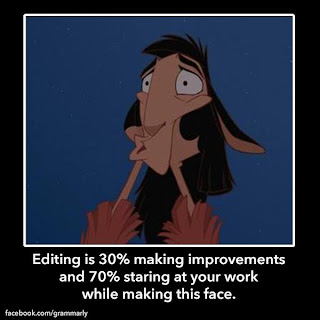 The only problem? Finding the time to sit down and give the book my full attention for a rather long span of time.

Hooray! My supervisor just granted me two days off this week. It's not anywhere near as much time as this book requires, but it's enough to allow me to get a solid start on organizing what will be the final edit.

I'm not even going to mention that the edit (from another editor) for Vol. 1 is due any day now...