But of course the details on entering will be down at the bottom of this blog.

Worlds Apart, the fourth book in the Three Worlds superhero romance saga (the picture on the right is a link to buying choices), is starting to show up on various sales sites across the internet. I just found a listing of it in Japan, and there's another one in Great Britain on Amazon UK. If you don't find your favorite book site on my page, just Google for it or give a yell and I'll see what I can do. 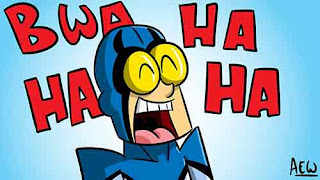 The saga follows three characters: Jae Rallene, the last of his people, able to talk to devas and thus change the very structure of matter; Londo Rand, adoptive son of the legendary Maximus—together the two are the most powerful beings this side of Galactic Center, with your basic comic book uber-powers; and primarily Lina O'Kelly, a born telepath and teleporter, and trained psychic.

When he was editing this latest volume, my editor Anselm noted, "The beginning is too domestic." Too domestic???

I've put poor Lina (and the others) through H-E-double-hockeysticks in volumes 1-3. Now I wanted to give her (and the reader) a chance to breathe and enjoy the fact that she and Londo's last names have changed to "Starhart." I wanted to show Cinderella kicking back after the marriage, soaking up that beautiful Happily Ever After.

Unfortunately, Lina has a lot to learn about being the bride of a mega superhero. Not only is there a household to maintain (it doesn't help that the gigantic palace of a house isn't close to being finished yet, or that hubby Lon is adverse to cleaning crews for security reasons), but there are lots and lots of people who want to take her picture—and she's deathly afraid of cameras.

Then there are the nasty folks who aren't particularly fond of Londo in his heroic guise of Valiant. He's never had a weak spot before. Now they see Lina and think: Aha! Will they make her life miserable, or will they want more? Like maybe assault, torture, and/or murder?

Some of these people are backed by an awful lot of power.

It doesn't help that the two men who would defend Lina with their lives are on other-world missions. Or that Lina's powers have been negated by... Well, you'd have to read the story. (Ye Ed said, "What, again?" But I gave the person a good reason besides the fact that he's just a jerk with a stick up his... well. This will be his last hurrah, I promise.)

So the domestic bliss doesn't really stick around that long, though that portion is packed with glitz and glam—everything a Cinderella could wish for. And Montreal! Did I mention the glitz happens in one of the most romantic cities on the globe? Naturellement!

But sooner or later, everyone's got to get back to work. Lina's got a bigger job to accomplish than the vast majority of galactic citizens. Can she survive to get to it? 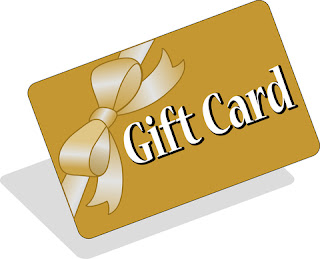 Yep, YOU could win a $25 gift card! I'll make it to Amazon, iBooks (do they have gift cards?), Barnes & Noble... If wherever you want has gift cards and you win, you'll get it to there.

ALL YOU HAVE TO DO is make a comment to the question: Which superhero is your favorite? They can be from comics, movies, TV, books, urban legends... Make the comment either here or (since some folks have probs commenting on Blogger) on my Facebook pages: here or here.

OR be on my newsletter emailing list (sign up above the book pics on the right). I send out newsletters VERY rarely. Ah hates spam!

We'll make the deadline for comments, oh, Sept. 2, 2015, 2 PM Eastern Time. I'll get someone at the office to draw a name. (Someday I'll learn Rafflecopter or whatever it is.) Good luck!

(That cute Blue Beetle pic by Frobman on DeviantArt. Hope I'm okay in using it. If not, Mr. Frobman, please give me a yell.) (I paid for the credit card illo. Hope to be using it often!)

My favorite superhero is, of course, Wonder Woman! :)

My favourite superhero is The Doctor. "You want weapons? We're in a library! Books are the best weapon in the world. This room's the greatest arsenal we could have. Arm yourselves!"

Wondie, yay! You might find someone who resembles her just a tad in this volume, though actually, Lina is my version of WW. You'll begin to see the similarities once Lina begins working on her mission. They share a theme of positive empowerment.

Ah, the Doctor! I've missed most of this past season and the new one is about to begin. I'm fairly face-blind, but isn't that the eyepatch lady in all the commercials, sans eye patch? I want to see what that's about. (Unfortunately, I can't stand Clah-ra.)

And Batman! I'm more a Grayson fan, myself. Seems to me that Lon in my books has a LOT of Grayson in him, as he's always trying to get out of the shadows cast by his legendary "father", even though Lon is great all by himself. But certainly Batman has kept DC Comics alive all these years.