Time Traveling from a Couch (conclusion) 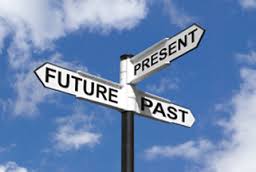 On June 3 I had a 3-hour hypnotic session with Carolyn Sheehan, who took me to the life I had lived as William Monroe, just before this one. I talked about that life here. After we got through discussing William, Carolyn concentrated on having me discuss various issues with my guides. (She'd given me instructional sheets beforehand, and had me write down questions I wanted to ask. She also has her own way of conducting these things and questions she likes to include.)

I'd already set up a conference room-type of arrangement in my mind, with a large, oval table that had a transparent dome set in its center, through whose cloudy interior we'd observed some aspects of William's life in overview. Think of it as the Strategy Room from the West Wing, except that instead of computer/TV monitors, there was that viewing half-globe. The main guide (higher self?) was a lovely Carolina blue in color, and there were two other (conjoined) guides, one orangey and the other perhaps green. These all had no facial features, but were just humanoid shapes. All guides stayed on the opposite side of the table from me.

We'd occasionally speak of William. Why had he chosen that life? "It was a place-filler." Now, I'd recently been discussing the possibility of place-filler lives with others at the Rhine Center Book Club. We were wondering why people would come into intentionally difficult times and places. I postulated that perhaps they were place holders, to bring about or assist in some kind of movement that that part of the world needed to progress, and not accomplish much more than that at least along personal lines. William was a part of World War II and the effort to advance certain positive social movements. When I was at that club meeting, was I looking ahead to hearing what William had to say, or was I now projecting my opinions onto William?

In the observation room I learned that my soul color is pink, and my soul name is Lolinda, not so far from the "Lina" I'd considered when Mid-Life Crisis hit me. (Don't laugh; MLC is a very hard-hitting thing!)

Carolyn and I posed the question: How was I (current me) progressing in my life?
A: This is an important life. I am becoming more spiritual. I need to relax more. Colors. [Here was that answer AGAIN. Don't know exactly what it means.] I'm into art because I see the colors and it's really the psychic light that interests me more. It's all tied together.

A: I should learn to play with the colors.

A:I need to learn how to deal with people. (Okay, I got that Dale Carnegie book and will read it soon.)

A: I'll be taking lots of psychic/spiritual realm classes. (Just the other day I was thinking about getting another past-life session and wondering if I should remain with Carolyn or experiment with others, and my guide told me, "We'll send someone for you." Okay then. Also, Raleigh has a psychic fair that comes around twice a year. I'll check some of those people out for classes.) (And today I found an online Aura course that had excellent reviews. Oh boy!)

A: I need to hang around weird people, and by "weird," they meant like the folks I've met at the Rhine. A lot of them can do Strange Things. Most have read Weird and Crazy stuff that will blow your mind. And they talk about so many wonderful new ideas! They are the foundation for the new direction mankind is trying to take. "It's time for mankind to make the jump — to start really moving ahead."

A: Realize that what I see around me isn't necessarily real.

A: I have to keep up with the "weird" pack and help others.

Q: What should I be preparing for and concentrating on (with upcoming retirement in mind, but also the rest of my life in general)?
A: PAINTING. I'm supposed to read the book I got a few years ago about spiritual painting. It looks weird in an ugh-y way, but I'll do that.

(Tired of all the A:'s)  Writing will also help. Writing is something I enjoy. Even though the guides stressed painting, it is FINE for me to write.

I saw myself as an old woman seated at a table, discussing spiritual stuff with others. Everyone in the room was learning from everyone else.

Q: How can I become more intuitive?
A: Meditate with focus

Now is the time to return to taking classes and building up psychic skills. Reiki (I'm taking my first official course tomorrow) is just a start. The Rhine Research Center holds class possibilities, as do people associated with the Rhine. The universe will arrange meetings for me, and I'll be meeting people who come from all different directions in the psychic world. Cool!

As I set my focus, the universe arranges for me to get what I need.

You set focus by making serious goals. Stick to them. Be an adult! HAVE FUN ALONG THE WAY. BE GRATEFUL.

Q: re: body health. A new crowd joins the guides, a BUNCH of white folks, just swarming in, over the folks who were there already, like a wave. No features. They laughed when I said they reminded me of the Pillsbury Doughboy, only in much better shape. "We're not dough!"

Remember my energy body and keep it strong and brightly shining.


Rev up the energy in my energy body. Get the energy really flowing through. VISUALIZE OFTEN. It will put me in the mood to exercise/move around, but it's not really necessary to exercise because nothing is real. But as the energy body is, the physical body will follow.


Here's what I saw: My body -- any body -- as, well, let me put it this way. Imagine a cubist figure, done transparently. Shining in back as if behind a veil are the various chakras, providing a basis to it all. Then in clear focus, toss a bunch of, oh, 1 1/2" glass rods upon the scene, caught LOOSELY together a little below the waist. They run from feet to crown of the head, and aren't in any kind of perfect order except that they do seem to be crossing each other at about hip level. They're not straight up and down; they are positioned at angles to the body.


Inside these rods are a spectrum of bubbling, nuclear energy. I tried and tried to force the colors to be brighter on the top -- heat rises -- but instead the white energy was more around the knees. From there upward (and downward) you went through yellows and reds, until suddenly you were in dark purples at the top of the tubes. Even the dark purples were pulsing with crazy, concentrated energy.

When you focus on these and THINK about the energy, things got even brighter if that were possible, and a foamy sort of fizz of white bubbles came off the top of the tubes. They're like enclosed geysers.

It's JOYFUL energy. It all ties together. You always know you're connecting with the upper planes when you feel the joy.

That humor is what they like about my writing.

There's a bit of personal stuff here that I'll summarize by saying that my guides (actually just one new guy who strode over to tower over me. He wore a surgeon's mask) told me to be an adult when it comes to something I REALLY don't like. Do it a few times and then it won't be so bad. Take tranquilizers if I need to get through the first couple times. Don't worry; the process will never find anything bad. Whew!

What should I do after I retire?

Palm trees pop up in the room. Suddenly all the guides -- EVERYONE -- is wearing Hawaiian shirts and sipping colorful drinks through bendy straws. They wear straw hats. Cue the Jamaican music, mon.

I bring out a map. They point at NC's Research Triangle, Montreal, and Baltimore-ish area. What, no Portland, OR? I've been starting to investigate that place; was planning to visit next year with an eye on moving.

"You can visit Portland; that's fine."

I'll be having a lot of fun with everything. I'll have people around me if I do that.

Don't worry about money. "You're happy. You're doing all this stuff and have people around."

I ask about the unpublished Wonder Woman novel I have sitting in my office. My main guide firmly slaps it on the table. It is a mass-market paperback. "You should do it!" [ask permission to publish it] He's insistent! Focus my energy on it! He adds that the book is a a lot of fun. (The same thing that HarperCollins editor told me a few years ago.) (They didn't have a marketing niche in which to put it, they told me.)

FOCUS IS THE KEY

Carolyn had them assign me a symbol to remind me to focus. "Not Prince!" I told her, and she laughed.

What then appeared to me was a Wonder Woman-style 5-pointed star with a lightning bolt coming off the lower left side, making it look like a comet. There was all this elegant double-outlining, with some variant outlining like the movie WW has on her logo. Very complicated. But cool. I need to take some serious time and draw this thing out correctly.

They reiterate a picture of me being on a panel at a comics convention. Maybe I'm talking about the book? Books? (Hey, I have more WW novels in me!)

I'm to keep myself balanced and focused: painting • writing • psychic

I am me. Nobody else is like me. I AM A STAR. The words to the Desiderata come back to me, or at least as much as I can recall.

They all laugh agreeably and settle back in their chairs. (Before they'd been floating around.) They pass around beer and have a general good time. There are a LOT of people in the room. It's a party! Someone said, "Watch Star Wars [ch. 7] tonight." I'd been putting that off. Okay, I didn't get around to it for another week, but at least I got it done, and had a very good time doing so.

Carolyn asked if they had a message for her. They did, and I passed it along.

She had me thank various people. Some had comments to make.

Mom replied, "I've got a lot to work on, you know." Lately I've realized that. More power to her!

My guides said, "You've realized the universe is leading you. Don't be afraid to follow. It's going to be a grand adventure. You'll like it. And you'll have a long life if you keep a healthy body. Even now, it's still quite possible to get healthy. Stop being so fearful. Trust in the universe."

My cats and dogs: "Don't be afraid to love."

Archangel Michael, laughing, steps in. "You know you're one of mine," he says.