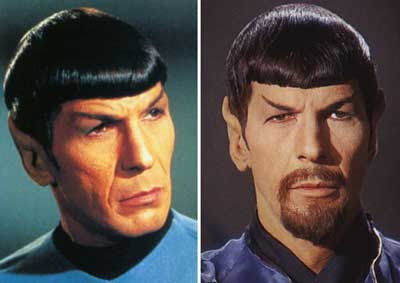 I've never felt comfortable with my name. "Carol" just doesn't seem like me. It's something my family called me, my schoolmates called me. When I began to write, I wrote as "Carol A. Strickland," and that felt just fine, all 16 letters.

My dad and step-grandma (after Grandpa Strick died) were all called "Strick" by everyone. When I got to high school and the hormones kicked into high, "going mental" gear, I decided I was Strick also. So the people who knew me from then up, including my comic book friends, call me "Strick." When I wrote a Letter of Comment to a comic book, I signed "Strick" and typed "Carol A. Strickland" underneath. Easy enough to remember protocols for.

But a couple decades later my Mid-Life Crisis hit. For those of you who haven't had the pleasure of experiencing such and laugh it off, let me tell you: it is serious business. For me it was as if someone hit me upside the head with a cast-iron frying pan. Suddenly I wanted to quit my job, sell my house, start writing (and painting) again... and change my name.

I began to write feverishly. My heroine needed an adventurous name, something along the lines of "Indiana Jones," so I sorted through states for her first name. "Florida" sounded like a maid in a bad sitcom—not so dyn-a-mite. "Georgia" was silly for her. "Dakota" was taken by some comic book (?) heroine. "Virginia" was my aunt's name, and olde fashioned sounding. With a laugh I realized that "Carolina" would do her fine.

Fine enough that I liked it, too.

I slung the name on my heroine as a temporary one and also took it as my own, asking people in my office to call me "Lina" now. It took some time, but they made the change. I began investigating how to make it legal. (Surprisingly easy, but luckily out of the range of my bank account at the time.)

But the name began to fit my heroine better and better. It became weird to call her and me the same name. I mean, I knew she was herself and I was someone else, but others might think I was going a little nutso. I'd already noticed the problem of First Novel Heroine being a Mary Sue, and went hard to work reformatting her away from that. One of the ways to help the process was for me to return to being Carol A. Strickland, aka Strick.

But I couldn't put my coworkers through the switch again. And I didn't want to take their razzing about it. So to this day I remain "Lina" to them, and yes, the ones who know about my heroine think it is all very ooky that I gave her my name.

During the M-L C I'd begun using the Internet, signing on as LinaStrick. Now I changed that in as many places as I could to CarolStrick, with the result that people online began to call me "Carol." Who? Oh yeah, that was me.

Romance Writers of America encourages writers to make brands of themselves and their names. That meant I had to use my writing name, Carol A. Strickland, with them and whenever I was promoting my writing in any way. So I became "Carol" to even more people.

Oh, and let's not forget Carol [C.] Strickland, the writer who writes about art, as opposed to me, the artist who also writes. I hope she gets a lot of junk from folks who thinks she's me, because I certainly hear from people who think I'm her! Thank goodness she FINALLY got a website so I could refer them to that.

At least with my art I'm still Strick. Yes, they want us to brand ourselves there as well, and to be sure to sign our artwork with the same name that is our website url. But there's no way I'll sign my stuff "Carol A. Strickland." It's hella long, and I have enough trouble with just the Strick. I've always used "Strick" in my art, at least once I hit the later stages of high school, and don't see me changing. My art business has always been named "Strickly Art."

When I began taking Art Marketing courses I discovered that I wasn't the only "Strickly Art" out there, not by a long shot. Most of us are Stricklands, but there's a Strickler and such as well. One "Strickly Art" is in NC, though in the mountains instead of here in the central Piedmont. When I went to get a domain name I had to go with www.StricklyArt.net instead of .com, because .com was already taken. Darn!

The marketing teachers urged us to get catchy urls, so I also grabbed www.RealPaintedPortraits.com . Dot COM, do you hear?

So I'm Carol A. Strickland when writing and Strick when painting. What do I do with people who know me from two directions?

It's a reasonable compromise, I think. And my case of double personality feels a trifle easier to handle. I'm getting used to being called "Carol" online and at writers' group meetings. Lina O'Kelly (soon to be Starhart) is having some lively adventures in my fantasy novel series. Unfortunately Lina Strickland is still a name being used at the office (though more and more people know that as soon as I step outside, my name is different).

Hope none of you got into name problems when you hit Mid-Life Crisis. Or did you encounter something worse?
Posted by Carol A. Strickland at 7:26 PM