Angels and Guides and Etc. (oh my!) 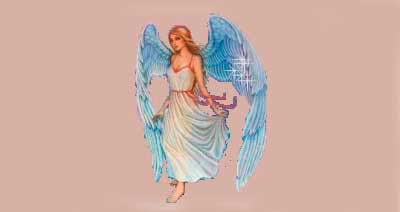 I've been trying to find beta readers for my WIP because I'm anxious to get it out n about. I've asked four. So far I've heard back from just one, whose comments were sparse, incomplete, often vague, and in one case, remarkably thought-provoking. 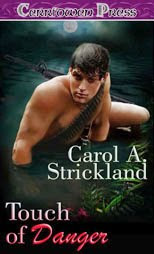 The work is a sequel to Touch of Danger, and my heroine, Lina O'Kelly, is a psychic healer who works and communicates with her guides and various angels. When she does this in the sequel, the beta reader accused me of wanting to be too PC by including elements from vastly different religions that didn't belong together. She noted that angels were only Christian, guides were... well, I forget where she thought those were assigned.

Lina, being a New Ager—is there a modern word for that that hasn't fallen into disregard?—uses angels and guides as well as devas, ghosts, Mother Earth, and more, to help her in her job. New Age thought certainly utilizes all and considers them a "normal" part of reality.

Ancient Sumerian pictures show winged humans. Their religion held an idea of beings who ran errands and messages between the gods and humans. The Babylonians continued these kinds of depictions, and religions such as Judaism, Christianity and Islam have their own angels.

The Egyptians had winged gods, but this may be a poetic combination of human and animal, as the Egyptians liked to do so much. Or Velikovsky could be right, and heavenly events created "winged" aspects in the sky that ancient civilizations interpreted to be winged humans with a heavenly aspect.

Mithras was an angel, depending on which cult of his was talking. Zoroaster talked to the angels. Shamanism often employs other-worldly entities in order to gain communications and help.

"Deva" is a word we get from India. I found a good definition: "The devas are entitled to take care of the administration of the universe and to make sure that everything within the cosmic manifestation works perfectly." I was taught that angels are watchers over the human condition, while devas handle everything else. Some people call some types of devas "fairies."

I wonder if the ancient, cloaked lady I once saw strolling in my garden was a fairy? She was very kind in aspect, very knowing. I'd never thought of fairies being human-sized before. Too much Disney in my past, I suppose.

There are devas of substances, of animals and plants, of concepts like marriage, truth, of nations and regions, of the Earth.

Once a teacher guided me in a meditation in which all of a sudden from my doubting mind, I got a glorious sense of a magnificent, female entity. She was the Earth, or so it seemed to me. Beautiful and loving with a sense of infinite depth, and yet rather more passive than I'd imagined such a spirit would be. But quite powerful all the same. I'm glad she's around!

Have you read Gaia: A New Look at Life on Earth, by James Lovelock? It posits the concept that our planet is one large organism. Surely that organism has a consciousness?

These ideas in which we try to form a structure to a universe far too big for us to begin to understand, cross cultures and the religions they birthed. I think they make the world a wonderfully mysterious place. If we want to hear the voices of these entities, all we have to do is be still and listen.

Are they truly from outside ourselves, or are they merely part of our own mind? Could these voices be our Higher Self, talking through the dimensions to us? Does it really matter if they give good information?

Some people listen to the voices in their head and do anything they say, even if what they say is harmful. Always use your common sense. If someone, material or immaterial, is telling you to do something that is wrong or will harm yourself or others, don't do it! A true angel or deva, guardian spirit or friend will only tell you beneficial things or information that will be of assistance. You will probably even feel better as you're hearing the message.

What experiences have you had with these entities? Please, do tell!