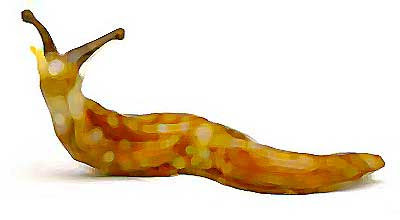 What can I say? The system fell through last night on account of aliens kidnapping me.

Well, that's my excuse. I don't recall much of what happened last night. Knew this would be an "off" week for me because of the amount of work I had to get through at my day job. This was why I thought the timer thing would help me get up and about after work. (I was supposed to have taken 3 days off, and people had promised they'd accommodate me. They lied. Good thing my class fell through!) Yesterday I had to work late, but not much. I missed Judge Judy and some of Judge Milian.

Did something outside for a while. I think. Both cats got a long petting session apiece and went outside to enjoy our first dry evening in quite some time. I did some business on the computer, but didn't stay overlong there. Then I prepared Obi's fluids, warming them, putting on a new needle and making sure the cover to that was loose so that when the crunch came I could just flick it and the cover would come off.

But no matter how I called and called, Obi didn't appear. I always get worried when the cats don't act like they normally do, and when I can't find them. But Obi's been going out a lot lately, so instead I loaded the new Julia Quinn book (and another one I bought yesterday) onto my Kindle and started in.

The Quinn book is delightful so far! She writes so peculiarly, in short sentences and sometimes one-sentence paragraphs. In a "peculiar" way she reminds me of another favorite writer, Jennifer Crusie, who writes in compound paragraphs that have dozens of people speaking at the same time. Crusie's style makes me go back and re-read to figure out what's going on. Quinn's style leaves me smiling, thinking that the hesitancy shows the characters' basic honesty and uncertainty. It's very humanizing.

Anyway about the time I was going to turn in, Obi appears to get his bedtime rub. It was too late to re-warm his fluids and put him through all that, so he just got his heart pill and treats, and Bran also got his treats.

My wonderful neighbors, the ones who mistreat their dogs, had some kind of teen party going last night. The family is real religious so the boys wait to get out on the porch that's near my bedroom window to yell at each other, utilizing the "f" word in as many permutations as they can. I recalled that last year about this time they also had 2 parties, the second of which was a birthday party. The morning after that one, the birthday boy walked to my fence, leaned over, and puked into my yard. Lovely.

The party finally broke up and I could fall asleep.

This morning I hit the snooze alarm just once, then got up, warmed the fluids, and when Obi had settled in for his post-breakfast nap, I picked him up and did the fluid bit. When I pulled the needle out, I put the cover loosely on it and set it to the side. As I was lifting Obi out of the restraining box, the tube shifted, the needle cover fell off, and the needle hit the middle toe on my left foot. Ow. If I start meowing or foaming at the mouth, someone call the doctor, please.

It was too late to get me any breakfast, so I left home a tad early, hit Biscuitville, and got to work in time to enjoy the greasy and somewhat tasteless repast before my shift began.

Tonight I'll be back on the timer again!
Posted by Carol A. Strickland at 7:48 AM