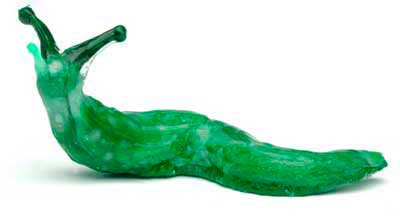 Okay, I got up a half-hour early this morning as well, and once again didn't get in my mile of walking. There must be a solution to this other than get up 45 minutes early. That ain't gonna happen.

But the 15-minute blitz did fairly well yesterday after work. Okay, so I sat and watched Judge Judy and People's Court while I ate my magnificent spaghetti. I was feeling a little guilty for not getting up during PC, but Judge Milian had a real kook at the stand. It's not often that she counsels people to see a therapist, but this violent lady made me nervous just watching her. And afterwards, when she said she'd do it all again? Shudder!

BUT I managed 15 minutes of working in the yard: got some dead rose branches out of the south garden, finally found my bird bath brush and got the worst of things out there (it'll take another cleaning), and fed the birds.

Got a load of laundry done: less than 15 minutes to lock n load.

Obi wanted petting. Didn't set the timer, but apparently his was working because after 15 minutes he climbed down and toodled off in his Obi way.

Decided that painting was my absolute priority, so I began Evening Prime Time on that. Hit 15 minutes and, as I'd supposed, opted for 15 more. That painting is driving me crazy; it's so close to being done, but there are still little bits and pieces here and there to do. I figure it needs an hour more. It'll get there.

I got in 15 minutes of living-room walking: 1 mile.

Then since my sister had sent me pictures of two portraits I'd done for her long, long ago, I decided to finish up the ancient portraits gallery on my site (www.RealPaintedPortraits.com , bottom of the page). Figured that four paintings would take me one hour to format. It only took 30 minutes, yay! (I also decided not to ask Karen to rephotograph them so as to include the entire painting. It was nice enough of her to do this much.)

Feeling good, I decided to get my Kindle and let it load Julia Quinn's latest, which I'd pre-ordered. Sat the Kindle in the south window and almost immediately got 4 bars. FOUR BARS! At my house! Sometimes I have to take the Kindle into town to get reception. I waited patiently, then went up front to change the laundry from washing machine to dryer. When I returned—nothing.

Oops. Ten Things I Love About You comes out today, not yesterday. Well, I recharged ye Kindle overnight so it's ready.

That's not that bad for what I wanted to get done. I hit the high points, got a little of everything. Maybe this could work?

Today I'll try to add 3 5-minute bouts of walking during work. It'll not only add to the exercise total, but will keep me alert.
Posted by Carol A. Strickland at 7:31 AM