I don't watch a lot of series TV, certainly not network shows. But I do sit for hours in front of the more reality kind of shows, as long as they aren't the Big Brother or Are You Smarter Than types.

I love learning. But if there's a sexy man giving a demo, so much the better! Some of the sexiest guys on TV are trying to teach me something. Or sell me something. Other than the number-one slot, my list is in no particular order: 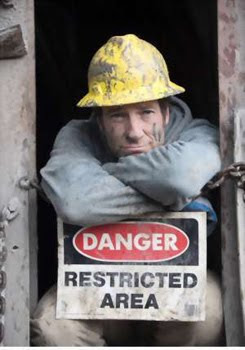 1. Mike Rowe. Pardon me while I fan myself. Mike, of Dirty Jobs and Ford commercials fame, is not only heavenly to look at, but he has a terrific sense of humor, can talk to anyone and make them feel respected and liked, sings opera gloriously, is curious, and will take on any task he has to do, even if he's not keen to do it. This man is the very definition of testosterone focused in a positive direction!

2. Isaiah Mustafa of the Old Spice commercials. I have no idea what else he might do, but he's sheer, unadulterated eye candy, with a voice like melting chocolate.

3. Ben Bailey of Cash Cab (NYC) fame. I've seen his act on Comedy Central as well. He's funny. Who can resist a funny guy who's not only intelligent, but doesn't resort to a stream of shock-value profanity? Classy. 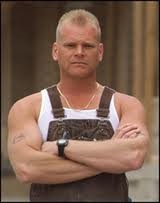 4. Mike Holmes of various HGTV shows. A bit more mature, but this is a man who can handle any construction problem. He knows when to ask for help and whom to call. He seems to care about people. Face it: a man who knows how to get his (ahem) job done better than the others who came before him? Priceless!

5. Dean Winters, Allstate's "Mr. Mayhem." No, I've not followed his dramatic series career but I pay attention to his commercials! Everyone loves a classic Bad Boy. Woof!

6. Jon Stewart, the Most Trusted Man in America and one of our too-few media voices of reason. Sure, he's a little short, but he's handsome, savvy, witty, conversant, brave, and daring. He not only knows how to hire a great writing staff, but is proficient in Star Wars and major superheroes. Now if only he could cut down on the profanity... 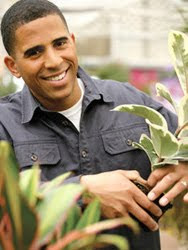 7. Ahmed Hassan of Yard Crashers. A gorgeous, friendly man who can get things done! You may be entirely too young, but oh, Ahmed, come to my house!!!

So what about you? Whose program or commercials do you watch even if you don't care what they're presenting?
Posted by Carol A. Strickland at 8:51 AM

No additions? On my FB link, some folks added various newscasters, with Anderson Cooper being a fave.