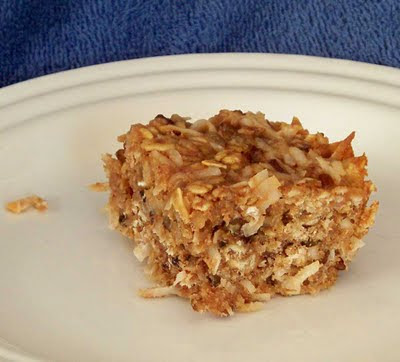 In senior year of college, one of my roommates decided to make us a traditional Southern treat: a Mississippi Mud Cake. With great pride, she handed us all hefty slices.

Eight years later, my eyes uncrossed. My hair is still tightly curled from the experience, though.

Mississippi Mud is certainly to be tried once. The cake itself was delicious, but to add a full, large jar of marshmallow creme on top of it, and then cover that up with a half-inch-thick layer of chocolate icing (or ganache)—that's just irresponsible. Why, that creates diabetics of anyone standing within 50 feet of the cake.

After I'd been on my own for a while I recalled that cake. At the time I was a vegetarian; the cake fell within my dietary guidelines, as did most things with a lot of sugar. But I wondered: how to make it healthy? Of course step number 1 would be to eliminate the marshmallow crap and icing. There was more than enough chocolate in the cake to satisfy chocolate cravings.

Checking my shelves I spotted a large container of oatmeal. That was healthy. Why, that was mega-healthy! And if I substituted honey for a bit of the sugar, that would make it even healthier, wouldn't it?

Okay, eventually my version with the honey has been lost, but I give you the COMPLETELY HEALTHY VERSION of the Mississippi Mud Cake, which I call (of course):

Cream/mix all this together and then add
3/4 c. flour
2 c. oats (I have no idea if quick-cooking ones make any difference)
2 Tbsp. cocoa
2 c. sugar (you could use raw sugar if you wanted to make this EVEN HEALTHIER!!!)

I have a note that says you can add more coconut and nuts, but really, this is quite enough.

Pour everything into a healthily-sprayed 13x9 pan for 30-35 min. When cool, cut into bars.

If you want to really shock your system, turn this into a Mississippi Mud Cake. Substitute 1 1/2 c. flour for the flour and oats, and while the cake is still warm from the oven, spread a large jar of marshmallow creme over it. Let cool before frosting with: 1 box powdered sugar, 1 stick butter, 1/2 c. canned milk (evaporated, I think, but don't quote me on that), 1/3 c. cocoa, 1 tsp. vanilla. Have 911 on standby.

Contrast the two recipes. See how the sandbars are healthy?

What kind of healthy treats do you enjoy? Have you ever redone a recipe to make it healthier?
Posted by Carol A. Strickland at 8:40 AM No comments:

Anyone have an aspirin?

Today we have a guest-blogger, Lina O'Kelly, from my THREE WORLDS series. She's been wanting to say something that she couldn't (much) in the books. About her: Lina is a telepath and psychic from North Carolina (she was named after the state), and took the first major vacation of her life—pretty much using up her savings—to a South Pacific island only to find herself having to be rescued by Valiant. You all know Valiant, aka Londo Rand: Earth's mightiest (and sexiest) superhero. Now the two seem to be an item, but she says she has problems with that? What do you say to that, Lina?

Problems?! Pardon me if I snort like Sandra Bullock. I got problems on top of problems. And frustration. Yeah, you might make "frustration" number one on my list.

It was all my fault. Well, some of it. I thought those terrorists who had chased us across the island were gone. Lon said they were packing up to go, and he's got that paravision, even if he'd been stripped of the rest of his powers for a couple days. But he was wrong about them and they came back, and now he's lying on a cot, just barely hanging on to life after what they did to him.

Actually, he was fully dead there for a few terrifying minutes.

Okay, he's alive again. But he's pretty much unconscious and we're stuck in this big old laboratory, quarantined on another world. That's right: another world. How was I to know my new teleportation power could stretch that far? I guess time and distance really are human constructs, like so many of those New Agers say. Just as easy to teleport to the other side of the room as it is to port to the other side of the galaxy.

If that's where we are. No one's shown me a map yet.

There are people here who are friends with Londo, and they have powers different from his. One's a scientist and he's looking after Lon, but I'm not really sure just how much of a doctor-doctor he is. Lon's hanging in there, but is that because of his help, or because Lon is Valiant and regaining his invulnerability?

Whichever it is, I wish Lon would get better quick. I've managed to help a little—no, a lot!—with my psychic healing. It's tough to see him lying there all helpless and kinda little boyish. He's so cute. Not frightening at all. You've seen him on the news; he can look really scowly, you know? If I were a crook I'd be scared of him.

But we, well, got to know each other back on that island, if you know what I mean, and (can I tell you this?) we kind of fell in love. And let me tell you, it's terrible to see the man you love struck down and dead. It was like my own soul was sucked out of my body along with him. But it's frustrating to see him just lying there and not be able to hug him or even hold his hand.

'Cause, you see, whenever I touch him his invulnerability goes all to heck. Blooey. Lon's best friend, Jae, says that that could mean big trouble when Londo gets on his feet again. Me, I don't see us ever tangling with criminals together. I'll let Londo be Londo and I'll be glad to wait on the sidelines. What kind of trouble would come looking for me? Jae can be a worrywart.

Add to that: the doctor, Jae and Londo's boss thinks that I'm mind-controlling Valiant. He's trying to construct some big legal case against me, throw me in jail and toss away the key. I don't know any lawyers on this world! Do I look like I have money? Heck, I can't even speak the language! Yet. I'll study that first thing. I don't want to be an embarrassment to Londo.

In the meantime all I have to do is to look at Lon and wish that he was better so, ah, we could continue to get to know each other—very well. That much I can blame on Lon. I was never particularly lascivious. But ever since I met him my hormones have been running amuck. I want to be with him all the time. I want to know everything about him. I want to make him laugh... and other things. It all fills me full of ideas that I've never thought of before.

And that's an entirely new kind of world for me.

Hey—He's stirring. He might need my help. Gotta go.

Thanks, Lina. You can read how she handles all this in Star-Crossed, volume 2 of the Three Worlds series. You can even check out an extensive free excerpt.
Posted by Carol A. Strickland at 11:57 AM No comments:

On the sorry state of today's superhero comics... 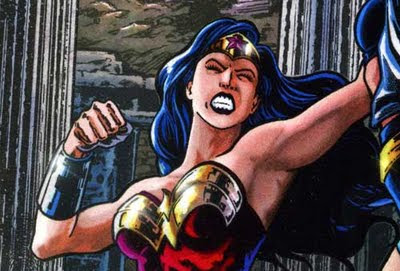 It used to be that way in the superhero comics (mostly DC) that I read. Those comics were almost never marketed at me, a girl. These days they're marketed for an even more different market, or perhaps I should qualify that by saying it's a "perceived" market.

Superhero comics tried to get more "realistic" back in the, oh, late Sixties and Seventies. That was perfectly okay with me. But in the late Eighties they took a decidedly dark turn (gee, thanks, Frank Miller) and then they began to get sadistic, especially at DC. The year 2004 was punctuated with Identity Crisis, which (let's go to Wiki) "according to Publisher's Weekly, 'This seven-issue miniseries... was both wildly popular and reviled.'"

Why? Because of pervasive shock-value violence. A beloved character was shown not only to have been raped in the not-so-distant past, but now, pregnant, is brutally murdered. The shock was the important thing; the logic of the plot and how the characters worked within it, was not. Heroes were shown to be more than the good-guy vigilantes they'd always been; now they judged and carried out dreadful punishment that, years on, would come back to bite (and maim) them.

This series was followed by event after event, each darker and more violent than the one before. Writer Mark Waid promised the fans that all this was leading to a "light at the end of the tunnel." That light never showed.

It struck me as if DC wanted to grab onto the gory themes and popularity of EC Comics of the Fifties. We all know how that ended, don't we?

So now because of severely declining sales (due mostly imho to the propensity for the comics companies not to seek out new readers, but rather to cater to their existing, aging, and shrinking audience), DC is about to reboot/relauch its entire line come the end of September. I first heard the term "Nottaboot" from my friend, Chris Companik. I like it; don't you?

Of course the message boards are lit up with guesses about what this Nottaboot will entail and how long it will last. Me, I'm highly skeptical of it. I don't see my favorites, Power Girl and Donna Troy, listed as appearing anywhere. Dan Didio, DC's co-publisher, has stated in so many words that he doesn't see the difference between Donna and her big sis. Well, Dan's the one who has allowed Wonder Woman to slog around in the bog her comic has been for years now (with a few shining moments in there, no thanks to him). If he doesn't even realize Wondie's potential, how can we expect him to figure out Donna's appeal?

Since my crystal ball has been sent out for repairs this month, I came up with a list of things I DON'T want to see in the Nottaboot. Do you agree? Disagree? Have additions? You tell me.

• I want heroes again. Real heroes who have ethics and who see a majority of successful and happy endings to their story arcs. I want good ultimately to conquer evil and be stronger than it.

• I want heroes who have a range of powers. Thus, anyone who has super-strength doesn't automatically have the strength of Superman (who should be DC's unquestionably strongest hero). There should be mid-ranges, even low ranges and higher ranges of power.

• I want basic continuity of major points (at least) so I can ground myself in the heroes' world without having to step out of their stories in confusion.

• I want scientists who have specialties. I'm tired of scientists (be they hero, villain, or supporting cast) who know every damned branch of science, and are experts at it all.

• I want to see feminine traits celebrated. Yes, even in males, as men aren't supposed to be complete machoheads, even in superhero fantasy.

• I want less sexism. Much less (if not an absence of) shock violence. I want to see a comic book world of people who reflect the ratios and types of people we find in our real world.

• I want art done professionally. I want editors to do their job.

• And I want a Wonder Woman whom I can point to and say, "Yep, definitely Wonder Woman! No doubt about that!"

Is that too much to ask? Would today's young and diverse potential audience go for something like that?
Posted by Carol A. Strickland at 8:03 AM 15 comments: